The Sound of Productivity Strikes a Chord in the Guitar Industry

Paul Reed Smith Guitars (PRS) has been one of the world’s premier guitar and amplifier manufacturers since 1985. While continuously innovating and improving their products, PRS’ mission is to deliver guitars designed with uncompromised tone, playability, and beauty. With a high caliber portfolio of artists around the world including Carlos Santana and John Mayer, PRS required machinery that would deliver the same quality and reliability as their guitars. Hedge Fairbank, Project Engineer at PRS mentions, “the challenge was to find a machine tool that was value priced, built to last, fast, accurate, dependable, with low maintenance requirements.” 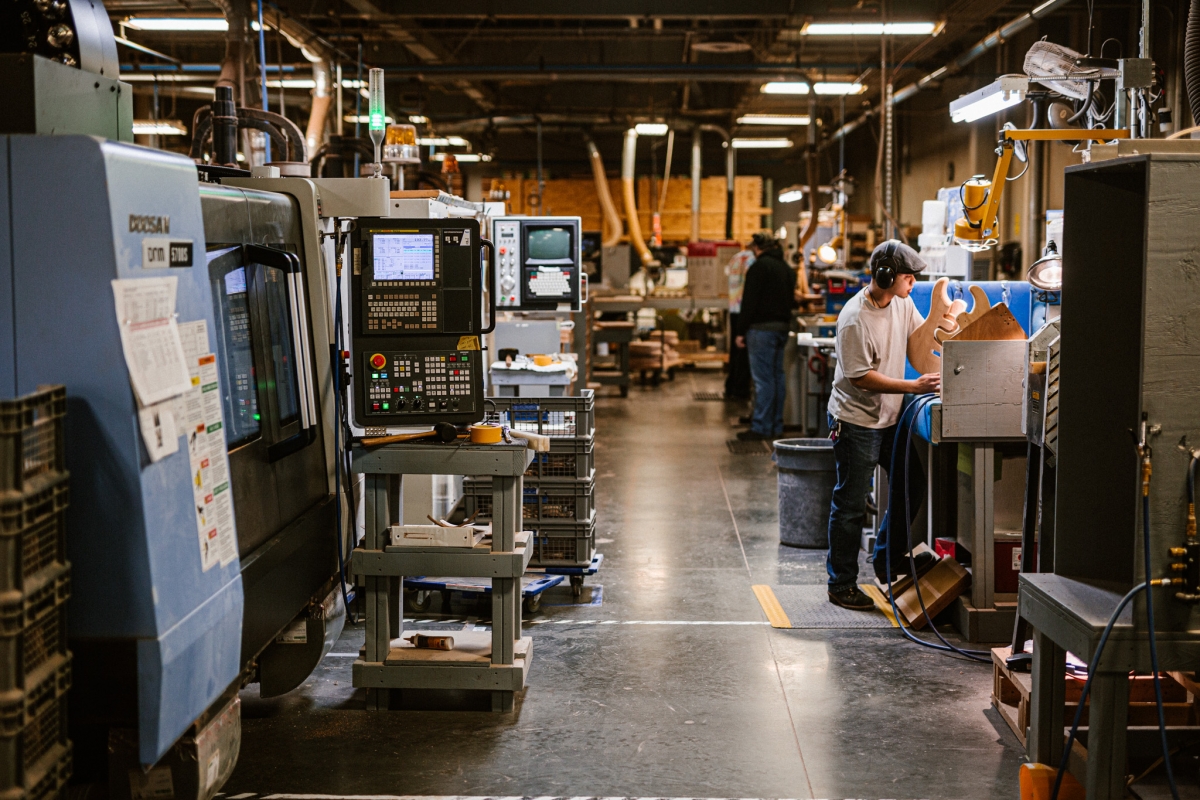 High Demand; High Productivity
Over the years, PRS has gained vast notoriety around the world boosting their demand and their production needs. PRS adopted CNC milling technology into their process for fast material removal and machining of their products. With the productivity enhancements in place, PRS was able to continue providing the hand-crafted quality and attention to detail they were known for through sanding, painting, and final assembly.

Although PRS’ was gaining the benefits of CNC machining, they needed more. “We have an aging fleet of machining centers that have served us well but have limitations due to their age and design,” says Fairbank. The Ellison team met and collaborated with PRS to further understand their manufacturing process and to see what machine tool offered the best fit. “Ellison Technologies has been a great partner though the whole process. Our Sales Representative, Mario Barello, has been instrumental in matching our needs to a machining solution,” says Fairbank. The Ellison and PRS team decided on the Doosan Machine Tools DNM 5700S vertical machining center and began performing time studies and tests to ensure that it would be able to meet PRS’ requirements.

“We performed actual surface testing at Ellison’s facility in Charlotte, NC, and the results were incredible, which made the decision very easy to make.”
– Hedge Fairbank, Project Engineer, PRS

With the decision to move forward with the DNM 5700S, the Ellison Service and Applications team stepped in to fulfill delivery, installation, and set-up of the machine. The Ellison team strives to build partnerships that last providing quality service every step of the way from acquisition to production.

“The application support at Ellison in Charlotte has been phenomenal in solving issues and requirements that are specific to our industry. The installation and support staff have been incredible to work with.”
– Hedge Fairbank, Project Engineer, PRS 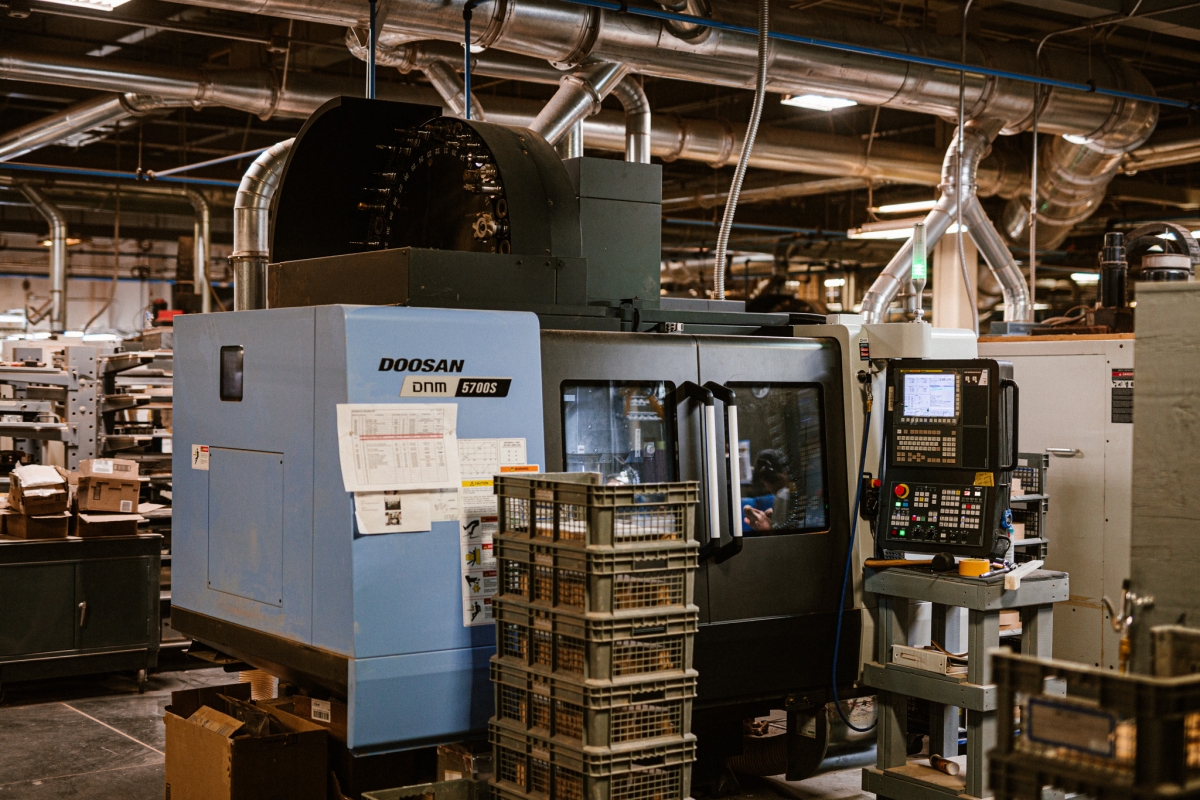 The Doosan Difference
The DNM Series from Doosan Machine Tools has the most standard built-in features in its class and delivers outstanding performance. Featuring a highly rigid structure, 15,000 rpm spindle, and large linear roller guides, the DNM 5700S was able to provide PRS with the massive productivity enhancing improvements. With the new machine, PRS was able to achieve a 2/3 reduction in cycle time and a 50% reduction in sanding time. The enhanced rigidity and speed of the DNM 5700S allowed PRS to produce a smoother finish and in less time than their previous machines. As noted by Fairbank:

“Because of the 15K spindle speed and the extremely fast cutting speeds, we have been able to reduce the step-over distance by more than 50%, which has decreased scallop height on the surfaces. This in effect yields a true-to-shape surface that requires substantially less hand sanding. Because of the increased speed of the cutting feed rates and extremely fast tool changes, our per part cycle time is much faster than our former machine tools, even with the increased resolution. Our part quality and feature tolerances have improved as well due the rigidness of the machine. Maintenance cost so far has been incredibly low, literally fluid level checks and a grease cartridge for 15 months of in-service time.”

Why Stop at One?
PRS continued to maximize the benefits of their DNM by further optimizing their product design and programming. With their additional refinements, PRS was able to further increase their production speed to nearly three times faster than their previous machines. With continuing demand, speed, and uncompromised quality in place, PRS acquired a second DNM 5700S to add additional capacity to their production and MAKE MORE guitars.